Why include robotics in PH school curriculum 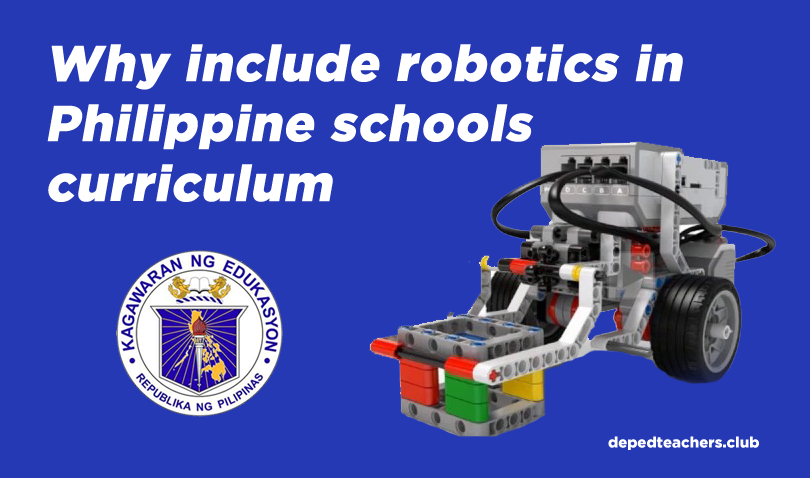 MANILA — The use of computers and robots is becoming more prevalent in societies worldwide. More schools are integrating basic robotics and programming concepts in their lessons and curricula.

Such initiative is true not only in advanced countries but also in third world countries like the Philippines.

“Robotics must be integrated in the schools. It is one of the skills 21st century learners need in order to succeed in life,” De La Salle Santiago Zobel School International Robotics Coordinator Genevieve Pillar told Philippine News Agency (PNA).

Unlike in some science high schools nationwide, Pillar explained that robotics started in their school as a club.

“Like in most private schools, it started as club in 2002. Since it’s just out of interest or passion, when the students grew up and graduated, the robotics club died. In 2013, the school started integrating robotics in the curriculum and we’re teaching it to grade three pupils and up,” she said.

Pillar shared that they teach robotics in a fun and easy manner to young grade school students. She said they start with simple bricks building and they transition to designing, drag and drop programming and coding as they go up the grade levels.

“Come junior high school, the students themselves create everything from the raw materials, electronics is taught by the coach and they also do the cases through the 3D printing,” she said.

According to Anthony Gabitan, president of the Philippine Robotics Team, the study of robotics is vital in solving the current and future problems in the country.

“Study of robotics and related conventions, competitions creates an awareness of technology… that we have to use equipment and tools to reach our objectives. Almost everything now are automated, there are machines we use and robotics is not exclusive to the idea of humanoids only, all innovations are all part of it,” Gabitan told PNA.

“It is the application of technology, computer, mathematics, science and promotes innovation…mahuhuli ang mga estudyante natin sa ibang bansa if we don’t integrate it, ayaw man natin ito na ang hotcake sa ibang bansa (our students will be left behind if we don’t integrate it, we may not like it but it is the hotcake in other countries) robotics is in their curriculum,” she said.

Robotics in the DepEd curriculum

Department of Education Undersecretary (DepEd) Anne Sevilla told PNA that robotics as subject is applied or taught in science high schools only but it has become an elective in other high schools because of the K to 12 program.

Sevilla explained that the concept of robotics is new to the department and that they are looking into strengthening the current program on it and incorporating it in the DepEd curriculum.

“We have observed that a lot of participants and even winners from the robotics Olympiad are from the public schools so we are really looking forward to enhancing our support to the program of robotics,” she said.

Sevilla added that the products of robotics are valuable to human existence and quality of life; hence, its study must be encouraged among all learners.

“Like computer and smartphone, they’re a necessity. In fact, without your phone communicate properly…traveling is now a choice because you can engage, deal and finish a transaction even without leaving your table or your home because technology is now helping us to have more prompt, efficient decisions,” she added.