Public school teachers to get salary increases; ask to wait a little bit 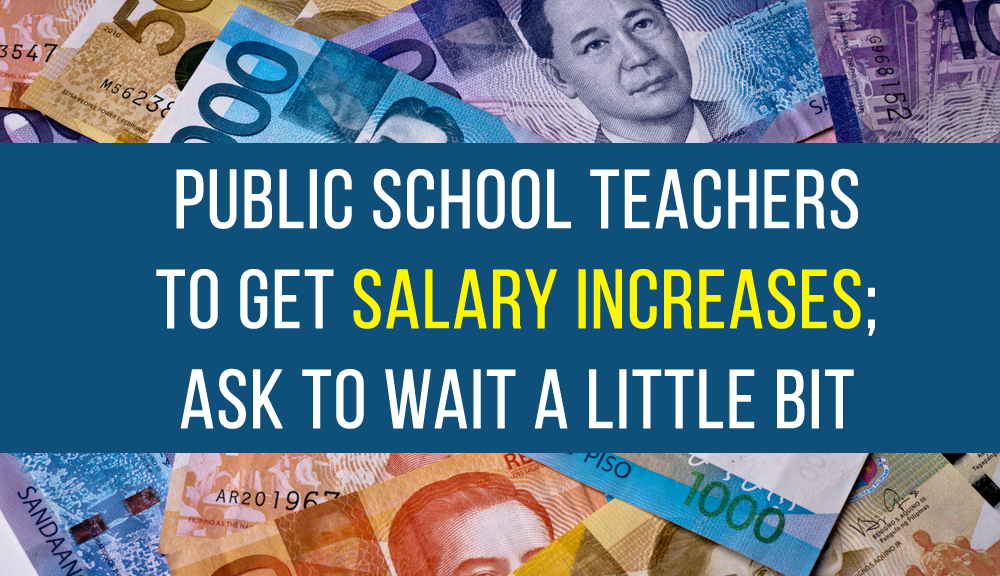 President Duterte has appealed to public school teachers to “wait a little” longer for the increase in their salaries he proposed this year.

The President admitted that there was no sufficient budget yet to bankroll his plan to double the wages of public school teachers.

“For the teachers, just wait a little because we don’t have the budget for that yet. But your salaries will be doubled just like with the police. My mother was a teacher too,” Duterte said in Bisaya during the campaign rally in Cebu City last Sunday.

Last January, the President pledged to raise the salaries of public school teachers this year after approving the pay hike to soldiers and policemen.
Duterte said he talked to Budget Secretary Benjamin Diokno about the funds needed for the proposed salary adjustment for public school teachers. He explained that he gave priority to doubling the pay of government troops since they were in the frontline in addressing national security threats.
Diokno earlier reportedly said government workers are expected to get a pay increase as part of the fourth tranche of the Salary Standardization Law. The salary adjustment will be applied retroactively from January 2019 once the budget bill is signed into law.
SOURCE: Manila Bulletin
YOU MAY ALSO LIKE: