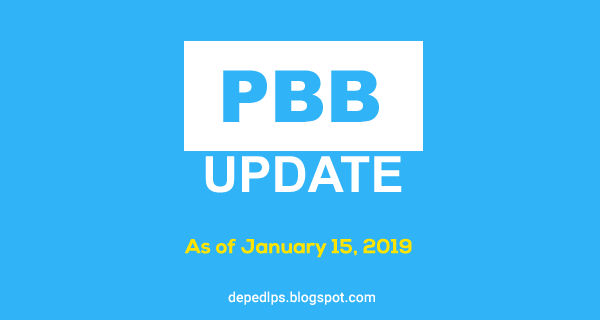 As per CSC ACT and Deped meeting represented by Usec. Mateo and Usec. Catibog, CSC-DepEd-ACT tripartite meeting @ the House of Representatives, January 10, 2019. PBB status are as follows:

Region IV-A and NCR: already endorsed to DBM ROs for processing of funds then to the divisions, after which the funds will be released to the teachers.