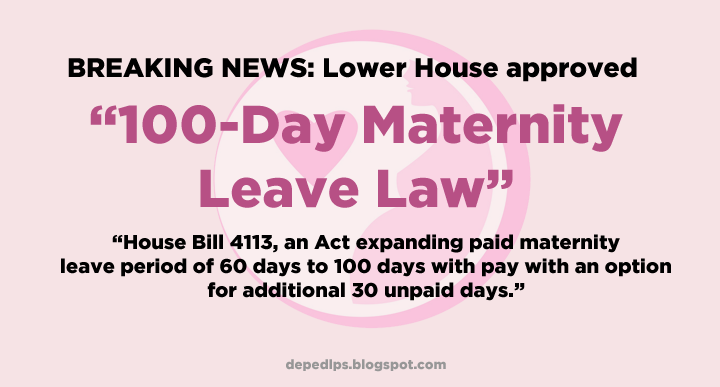 ACT Teachers Party-List has filed bills extending the maternity leave since the 15th Congress in 2010. Both Representatives Antonio Tinio and France Castro are now co-authors of HB 4113 while Rep. Castro was also among those who sponsored the bill in the plenary debates.

Rep. Tinio:
The 100-Day Maternity Leave Law had already gone through long and adequate study by both Houses in the past Congresses, which included the inputs of all concerned sectors, especially women workers and employees who will benefit from the law. The approval of this bill has been long overdue. Further delaying its passage is a disservice to toiling Filipino women.

Eighty percent of teachers are women. In our public consultations, teachers often ask about the status of the extension of the maternity leave,” he added. “With a short time for maternity leave for teachers, the health and welfare of the newborn ane the nursing mother and the quality of education for their students may suffer.