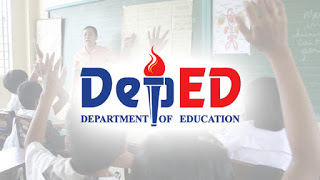 Representatives France Castro of ACT Teachers Party-list said almost five years have passed since the Super Typhoon ‘‘Yolanda’’ ravaged the Visayan Islands in 2013 and yet the supposed aid for the victims remains elusive.

“Years of waiting for the second tranche of the aid have already driven them into deep indebtedness,” Castro, member of the Makabayan Bloc, said. “For so long, the Presidential Management Staff [PMS] under the Office of the President had been slowed down by the tedious documentation requirements indicated in the Memorandum of Understanding in the awarding of the fund,” she added.

Castro said the release of the aid is long overdue.

“The disaster-stricken victims needed timely assistance but the previous administration failed to deliver this by after almost two years in mid-2016. State neglect continues under the Duterte administration as his office fails to take decisive actions up to now,” Castro said.

Citing PMS reports, Castro said only 11,881 out of 49,352 beneficiaries have received the full amount while 37,471 victims or 76 percent are still waiting for the second tranche of the financial assistance.

Teachers who were victims of Typhoon Yolanda reported that there is a downgrading of the evaluation of the damages, from ‘totally damaged’ to ‘partially damaged.’

“Misevaluation of damages to their property leaves the victims with insufficient financial assistance as employees whose houses were totally damaged or destroyed are entitled to receive P100,000 each while those whose houses were only partially damaged should receive only P30,000 each. What’s worse is that not all the victims are included in the two batches. There are still other DepEd employees who are excluded from the list,” Castro said.

“We condemn this continuing injustice to our teachers and non-teaching personnel. We call upon the Duterte administration to take decisive measures in the resolution of the issue to immediately release the long-delayed Yolanda aid,” Castro added.