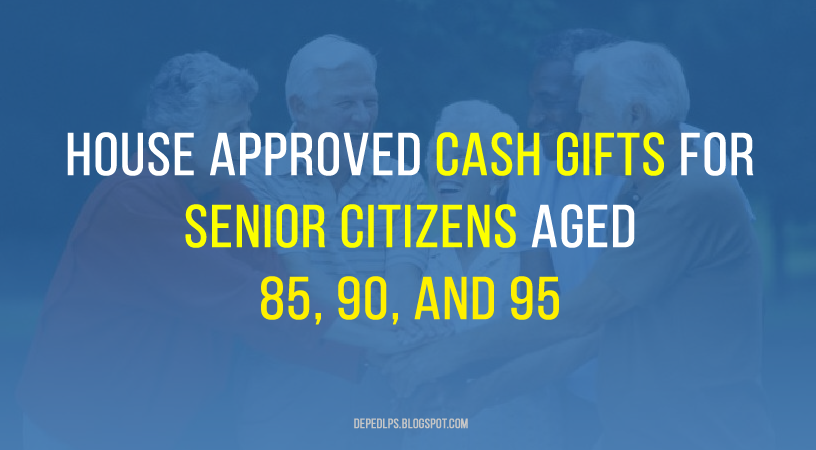 MANILA, Philippines — The House special committee on senior citizens has approved a bill seeking to grant cash gifts ranging from P25,000-P50,000 to senior citizens, who has reached the age of 85, 90, and 95.

The still unnumbered substitute bill was approved during a Monday hearing presided by special committee vice chair, Senior Citizens Rep. Milagros Aquino-Magsaysay. It seeks to amend Section 2 of Republic Act 10868 or the “Centenarians Act of 2016” by including senior citizens aged 85, 90, and 95 years old in the grant of cash gifts.

Once enacted into law, a P25,000 cash gift would be given to all Filipinos, whether residing in the Philippines or abroad, who reach the age of 85; and another P25,000 upon reaching 90 years old. Senior citizens would also receive an additional P50,000 when they reach the age of 95.

At 100 years old, celebrators would also be honored with a letter of felicitation from the President of the Philippines, as well as a Centenarian Gift in the amount of P100,000.

The panel, however, removed a provision in the unnumbered substitute bill adjusting the cash gift annually by 3 percent beginning 2020.

Funding for the initial year of its implementation would be sourced from the available funds of the Department of Social Welfare and Development (DSWD), and subsequently included in the General Appropriations Act.

The proposed measure puts to task Secretaries of DSWD, the Department of Interior and Local Government, Department of Health, and Commission on Filipinos Overseas (CFO) to promulgate necessary guidelines for and take the lead in the effective implementation of the measure.

Patricia Salvador, a representative of CFO, lauded the bill.

Aquino-Magsaysay, for her part, vowed the approval of the measure by February 6, the House of Representatives’ last session day.

“However, the newly elected Majority Leader Honorable Fredenil Castro has instructed all chairpersons to expedite the approval of measures referred to their respective committees. Once approved by the committee, the substitute bill could be transmitted to the Committee on Rules. And he assured me that he will see to it that our bill is approved before the adjournment,” she said.

The meeting was attended by Deputy Speaker Linabelle Ruth Villarica, and Reps. Go and Jorge Banal.