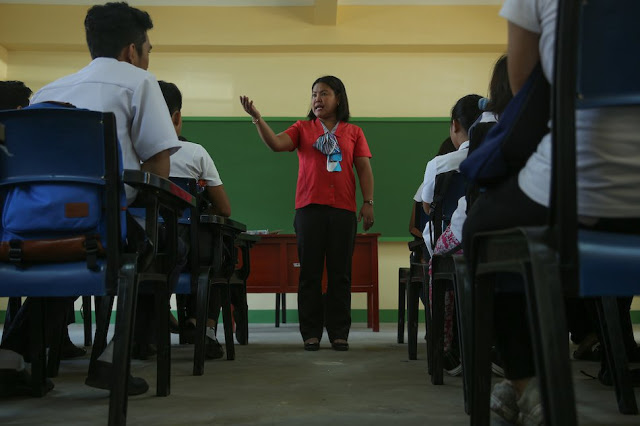 ACT Teachers Reps. Antonio Tinio and France Castro filed House Resolution 1729 to conduct an investigation into the delayed remittance or non-remittance of the personal and government shares of public school teachers’ Government Service Insurance System (GSIS) premiums by the Department of Education (DepEd) which resulted in penalties and interests amounting to millions of pesos and deprivation of benefits to members.

“One of the long-running concerns in the field is the delayed remittance or, worse, the non-remittance of GSIS premiums despite the fact that the said contributions are automatically deducted from the teachers monthly salaries,” HR 1729 reads.

The solons in their resolution cited the reports and complaints they received of delayed remittance or non-remittance by the DepEd of personal and government shares to GSIS.

“The DepEd Batangas Province Division’s failure to timely remit premiums for March, May, June, July (all in 2017), for example, incurred almost P1.93 million in interest. Aside from the delay, the premiums for April 2017 still remain unremitted,” HR 1729 states.

Tinio noted that Section 6 (b) of Republic Act 8219 or the GSIS Act of 1997 mandates each employer to remit directly to the GSIS the employees’ and employers’ contributions within the first 10 days of the calendar month following the month to which the contributions apply. The law also provides for a 2% monthly interest in case of delay.

“However, delays or non-remittances still occur on the part of the DepEd, resulting in penalties and interests amounting to millions of pesos,” Tinio lamented. “By law, these interests and penalties must be paid for by the agency using public funds. This is unjust and a big blow to social services such as education which suffer from chronic underfunding.”

For her part, Castro stressed that DepEd must be held accountable for its failure or negligence in its obligations under the GSIS Law.

“The delayed remittance or non-remittance is through no fault of the teachers but, eventually, they are the ones who are deprived of their benefits.”

“The DepEd should immediately remit these contributions, and check with all its regional and division offices to see the extent of these problems and if they still exist,” she added. “We also call on DepEd Secretary Briones: Address the issue and order the remittance of all pending contributions for GSIS. And be quick about it, because our teachers should not bear the brunt of DepEd’s negligence. Not even for a day longer.”

Castro added the GSIS should coordinate with DepEd to ensure the remittances in the soonest possible time.

Aside from HR 1729, ACT Teachers Party-List filed House Bill 471 which aims to impose stricter penalties on erring officials and would place mechanisms to prevent teachers and other GSIS members from shouldering the burden caused by mismanagement, poor recordkeeping, irregular remittances, inefficient collection, lack of transparency, outright abuse and corruption on the part of the GSIS, employer agencies, and their officials.

Tinio was recently reappointed as chairman of the technical working group that will consolidate proposed amendments to the GSIS Law.

“We call on the House leadership to schedule hearings on HR 1729 to start the investigation on delayed remittance or non-remittance right away. We also seek the support of our fellow legislators for the immediate enactment of the much needed proposed reforms under HB 471,” the solons said.