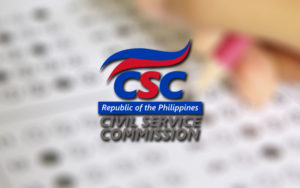 The revised Omnibus Rules on Appointments and Other Human Resource Actions (ORAOHRA)—a consolidation of rules pertaining to appointment, promotion, reassignment, separation, and other human resource actions in the civil service—took effect on Sunday, August 26, the Civil Service Commission (CSC) reported.

The previous version of the ORAOHRA was promulgated on June 16, 2017. In consideration of feedback from its stakeholders, the Commission amended the policy to ensure that its provisions are in accordance with other administrative issuances and pertinent laws.

Among the salient amendments is the shift in the role of a government agency’s Human Resource Merit Promotion and Selection Board (HRMPSB) from recommendatory to assistorial, stating that the HRMPSB should assist the appointing authority in the judicious and objective selection of candidates for appointment, in accordance with the agency’s CSC-approved Agency Merit Selection Plan. It should no longer be tasked with recommending the top-ranking candidates deemed most qualified for recruitment.

Moreover, the revised rules state that a reassigned employee who is restored to his/her original post pursuant to a decision of the Commission should not be reassigned within one year from the date of restoration to the original post. Otherwise, the appointing officer/authority or the authorized official who caused the subsequent reassignment within 1 year from the date of restoration may be cited for indirect contempt by the Commission.

Agencies are required to publish their vacant positions, including vacant executive/managerial positions in the second level, together with their corresponding qualification standards and plantilla item numbers. These should be published and posted in three conspicuous places for a period of at least 10 calendar days for national government agencies (NGA), state universities and colleges (SUC), and government owned or controlled corporations (GOCC) with original charters; and 15 calendar days for local government units.

Agencies should submit the list of their vacant positions authorized to be filled to the concerned CSC Field Office, which shall then post a copy on its bulletin board and forward the list to the CSC Regional Office (CSC RO). The CSC RO shall publish the vacancies in the Bulletin of Vacant Positions found in the CSC website at www.csc.gov.ph/careers.

Agencies may also publish the vacancies through other modes such as in the agency website, newspapers, and job search websites.

On the other hand, passing the Shari’a Bar Examinations held prior to January 2014 is considered an eligibility appropriate for appointment to first level positions only.

For purposes of appointment, passers of the Shari’a Bar Examinations must submit an authenticated copy of their Certificate of Membership in the Shari’a Bar issued by the Supreme Court.

Also among the amendments is the acceptance of a professional license, Certificate of Registration, or Report of Rating issued by the Professional Regulation Commission (PRC), Supreme Court, or Maritime Industry Authority (MARINA) as proof of eligibility for appointment to positions not involving the practice of profession. With this provision, passers of Bar and Board Exams are assured of automatic grant of civil service eligibility, called Bar/Board Eligibility (pursuant to Republic Act No. 1080, as amended), which is considered appropriate for first or second level positions in government that do not require practice of profession and are not covered by special laws.

On the other hand, a valid (not expired) professional license issued by the PRC, Supreme Court, or MARINA remains necessary for appointment to positions involving the practice of profession.

The complete text of the revised ORAOHRA may be accessed on the CSC website at www.csc.gov.ph (under Published Resolutions).