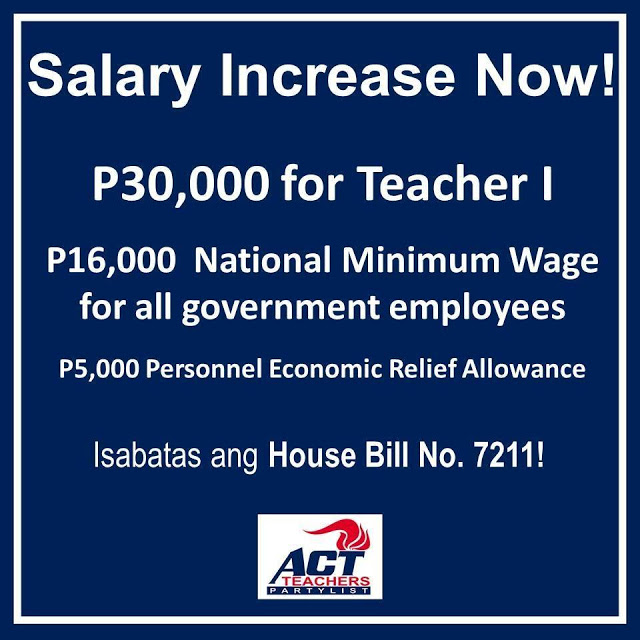 Tinio stressed the urgency to increase the salaries of government employees, including public school teachers and workers in the education sector, to ease the errors that were worsened by its latest Salary Standardization Law (SSL) adjustment through Executive Order 201 (2016) and the doubling of salaries of military and uniformed personnel (MUP) through Joint Resolution 1 (2018).

“EO 201 merely grants measly increases that are quickly eaten away by taxes and inflation. The salaries remain insufficient for a family living wage of P1,119 per day or P33,570 per month for a family of six to have a decent and humane condition of living,” added Tinio.

Since the swift enactment of Joint Resolution 1, the civilian personnel’s salaries are also left far behind the MUP’s basic pay. Candidate soldiers earn P18,587 monthly while thousands of civilian rank-and-file employees in Salary Grades (SG) 1 to 10 are paid P10,510 to P18,718, though they have similar, even higher qualifications, or have spent equal or even more years in government service. A Police Officer 1 (PO1) and a Private are now paid P29,668, almost P10,000 more than the P20,179 paid to a Teacher I, a Nurse I, a Private Secretary, a Registrar I, and a Guidance Counselor I (SG 11) under the third tranche of the revised Salary Standardization Law.

“We strongly urge Congress to immediately hear and pass H.B. No. 7211,” the solons ended.

3 Comments on ACT Teachers Party-List filed House Bill No. 7211 to raise salary of public school teachers to P30,000 a month